ABOUT THE SPEAKERS BUREAU

Disclaimer: This speakers bureau is provided as a source of information only. The goal is to help connect organizations with prospective speakers. All arrangements must be made directly between the organization and the speaker. The Chamber does not endorse or recommend the speakers listed on this website. The views and opinions expressed by speakers are not necessarily those of the Chamber, and the Chamber is not responsible for any statements or actions of the speakers.

The Calhoun County Area Chamber & Visitors Center has created an online speakers bureau to provide a list of speakers in the area who have expertise on business and non-business related topics.

The Chamber reserves the right to refuse participation by any proposed speaker at its discretion. Please note that this is not a promotional or sales opportunity, but an opportunity to provide education to civic and other organizations that seek speakers for their meetings. 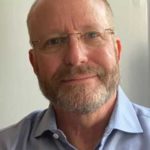 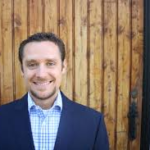 Joel is a professional speaker,author, teacher, and coach. His book ‘Inverted Leadership: Lead Others by Forgetting About Yourself’ was a #1 best-seller on Amazon. He has many years of leadership experience, and he has spoken on leadership in a wide variety of settings including colleges and universities, conferences, high schools, churches, fundraisers, and corporate events. In 2019, he was the speaker for the Community Enabler’s fundraiser event ‘Bosses Bussing Tables,’ and he was featured in the Anniston Star. He has also been on ‘Talk of Alabama,’ and he has been interviewed on over fifty podcasts about leadership, education, and blended family life. He currently lives in Anniston with his wife, his two daughters, and their two rescue dogs Bruiser and Butterscotch. 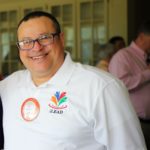 Mr.  Jesus M Perez, a native of the Bronx, New York was born on October 27, 1964.  He is the oldest of four children born to the late Mr. Jesus M Perez and Mrs. Candida Martinez of Caguas, Puerto Rico.
He enlisted in the U.S. Navy Seabees in 1994. After serving four years he went to serve in the US Army Transportation Corp., He then was commissioned back to the Navy as a Chaplain Candidate serving the 2nd Marine 3rd Infantry Division. After four years with the Navy Chaplaincy, Chaplain Perez returned to U.S. Army Chaplain Corps.
Mr. Perez had served on many committees and boards throughout the United States, Canada, and the local community.  He loves to be involved in social justice issues, civil rights movement and is passionate about encouraging people, in general, to aspire to quality education and higher education and enjoy teaching, coaching, mentoring, speaking and developing leads around the world.
Jay, as many know him, has several publications in several newspapers and military magazines. He has appeared on T.V. shows, and radio broadcasting and discussing matters of faith, social justice, leadership education, and civil rights. Mr. Jesus M Perez is passionate about people, relationships, and transformational leadership coaching.
After 23 years of service and two tours in Iraq, he honorably retired in March of  2013 receiving several awards, commendations medals, and accolades from the U.S. Army, Commanders, and friends. Currently, Mr. Perez is the founder/ president and CEO of the Institute of Leadership Education known by its acronym ILEAD.